On Sunday we drove almost 2 hours each way to basically exist somewhere else for 2 or 3 hours.

And I don’t regret it.

In fact, I look forward to more of it.

We bought a fixer upper fishing camp in Louisiana.

I even launched a newsletter about it (yes, using Curated).

The plan is to fix it up, enjoy it a bit, rent it, then eventually sell it.

But, one month in, we still haven’t stayed the night.

The first time we tried the power hadn’t officially been turned on (fun surprise), so we made it a day trip and pushed some of the furniture left by the previous owners around until we had a new layout.

I pretended to be the star of an HGTV show.

That’s been a little dream of mine ever since I visited the set of Trading Spaces when Laurie Smith was on it. She gave a great interview and I learned “toile” is not spelled “twall”… after the article was published.

We’ve been oversheduled the past few weekends and haven’t had an opportunity to stay there since. One simply does not ask children to trade in trick-or-treating in their new neighborhood for an overnight at Camp Lagniappe—yes, I named it.

Our neighborhood held trick-or-treating on Saturday, so that left Sunday open for a day trip to check in on things, turn the heat on, and prepare for my next HGTV session. Closet that should be a master bathroom, I’m coming for YOU.

I packed a few board games to keep there and we picked up some discounted pumpkins to carve. It was the one Halloween tradition we hadn’t managed to wedge into the previous week.

An almost 2-hour drive later, the girls were carving pumpkins on the back deck while Sal and I measured things and removed some large hanging racks in the kitchen. Just call us Chip and Joanna.

I also played my 9-year-old in a fierce game of Scrabble Junior and she beat me fair and square.

There’s no cable or wifi, so I intentionally planned to have some boredom relief options. Pumpkins and Scrabble Junior were part of that.

The cell reception is pretty lousy, too.

And, here’s the thing: after spending a few hours cut off from good connectivity, I’m not sure if we’re going to “improve” any of that.

What if this is a place we can go and literally cannot get sucked into the Internet?

It was unsettlingly peaceful.

The creativity that started sparking.

The fact that I held onto all the good letters until the end of our game and then couldn’t play any without giving away a wordscore to my delighted opponent.

I’m thinking that we—and anyone we rent to—could use the digital detox.

The newsletter lesson in this?

Can your newsletter create a space readers think of as an escape?

A reason to slow down?

Can you make it slightly unsettling in a good way?

A chance to pause and choose to ignore all the other noise?

Challenge: Create a newsletter your readers think of as a good habit. It should feel like a getaway they want to repeat.

Now, let’s learn from some people who create these types of experiences.

Letterlist published a Q&A with Ann Handley and it’s delightful. You’ll learn the backstory on her newsletter, Total Annarchy, and how she’s grown it from 2K subscribers to over 42K in 3 years. Her growth strategy?

“I’ve grown it organically. No forced opt-in or lead magnets or coercion or popovers. That might sound judgmental about popovers… it’s not. Popovers work, but they’re not right for my newsletter. I wanted a reader’s relationship with me, ultimately, to be the trigger than would grow the list.”

She chose to create something very personal. And it works.

I found the section of this interview on her writing and editing process particularly insightful.

The New York Times Is Launching Opinion Newsletters By Artists. Why?

Sara Guaglione with Digiday set out to discover why Kathleen Kingsbury is exploring this newsletter strategy here.

Time For A Check-Up: Where One Newsletter Stands

Extra Points, the college sports newsletter, is 18 months in and sharing their playbook.

Have You Experimented With Short-Lived Marketing?

Could short-life content that quickly disappears work for your brand? Kati Bhitrakorn with Vogue Business explains how it works.

Ann Gynn with Content Marketing Institute has noticed a trend: buyers want control of the sales process and self-service content is the answer.

In this Ad Age article, Chris Jones compares marketing strategies to investment portfolios: what matters today might not deliver tomorrow.

How To Earn Media

Jenn Chen shares how to implement a successful earned media strategy in this Sprout Social article.

Harnessing The Power Of Surprise

David Perell is known as “The Writing Guy.” Here, he shares his secrets for essay writing with Dan Shipper.

Want to be a better writer? Try these 16 expert tips from Margarita Loktionova.

Interestingly, most content about curation is about the tools you can use to find content instead of how to really hone the craft. Neal Schaffer mixes in a little bit of why you should curate with his list of 23 top content curation tools for you here.

How Much Do You Care About What Your Subscribers Care About?

What really matters to subscribers? This week’s publishing insights examine cancelations, habits, engagement, and even morality. Take a look.

Have You Tried These Discount Strategies?

How important is timing? Ghost is sharing proven discount strategies for publishers. 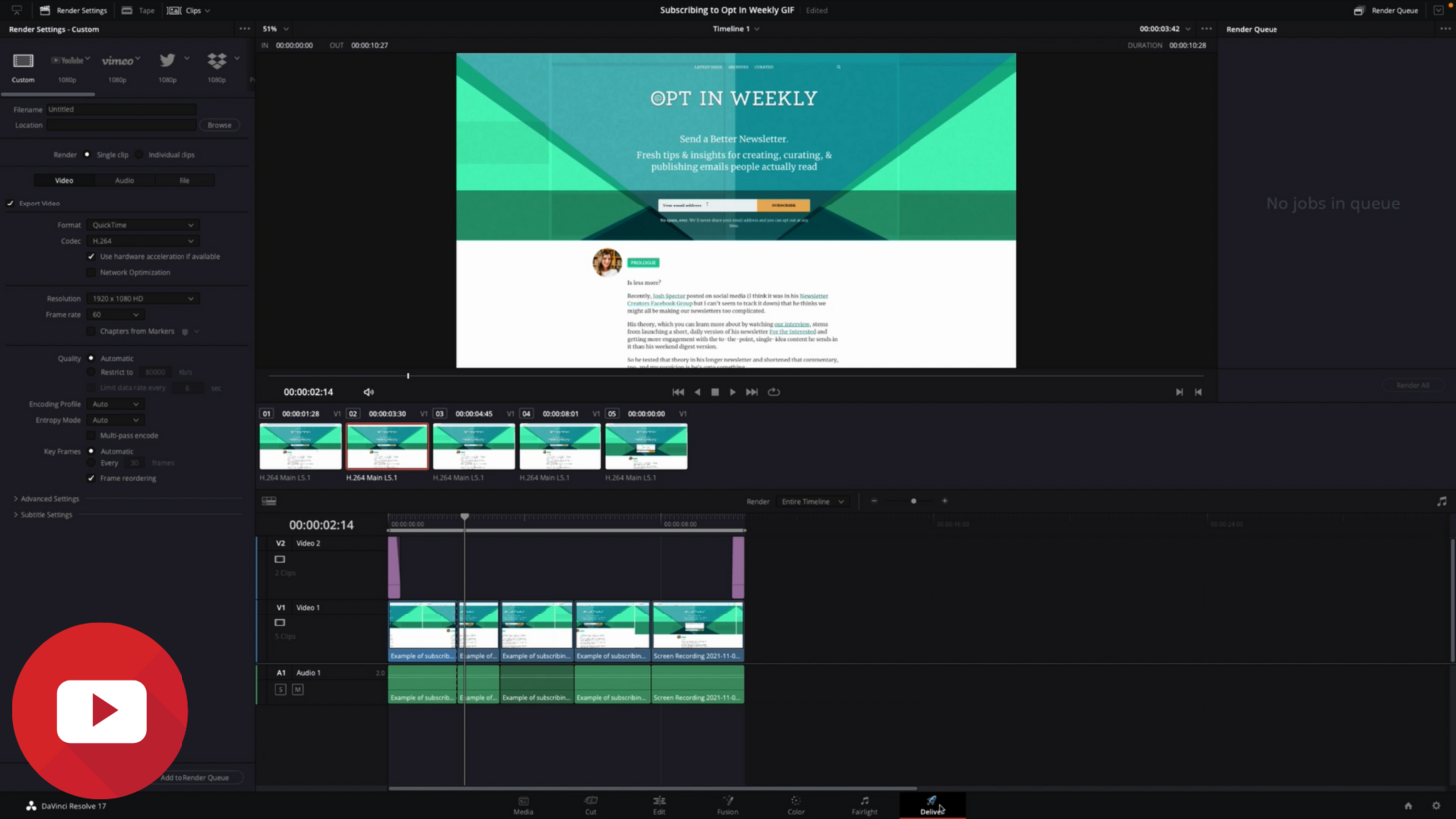 How To Make GIFs For Your Newsletter

GIFs can be a great way to show, not tell, with a quick, looping video that you can post practically anywhere. I’ve made a few GIFs specifically for newsletters in the past, so I created a guide that you can use to make GIFs of (and for) your own newsletter. Note: I address the best file size and quality for Curated newsletters.

This YouTube video covers 5 steps to make a GIF:

Each step includes tools you can use and some strategies to make an eye-catching GIF.

If you have any questions on creating your own GIF, let me know at [email protected] and I’ll be glad to help out!

ICYMI: You can always check our Curated Public Product Roadmap to catch up on recent releases and find out what’s up next.

Don’t want to click through? Our recent bigger releases include Paid Subscriptions (0% commission!) and a Free Tier.

The next session of Curated Crash Course is today at 4 PM Central.

The first 30 minutes is dedicated to Curated 101, which covers what you need to have set up to send your first issue in Curated. The next 30 minutes is your opportunity to ask any questions you have about Curated or newsletters.

Come and go as you please.

Register once here, and you'll be registered for each session we have in the future.

What Kind Of NFT Would You Create?

This week your Opt In Challenge is to read this Ad Week article by Mark Stenberg and start thinking about what kind of NFT you would create for your newsletter.

Warning: the Adweek article that inspired this challenge may be behind a subscription wall for you. We’ve previously covered the concept of newsletter NFTs here, too, though.

Discovered via The Media Roundup.