My oldest daughter (11) is going to be one of those wacky inflatables with waving arms businesses use to get attention from passing traffic for Halloween.

The costume arrived last night and we tested it.

She’s thrilled, albeit not sure she’ll be able to walk very well.

And I’m even more thrilled than she is.

Because she had a firm idea of what she wanted, we found one, ordered it, and now there’s no looming anxiety of figuring out what she will be.

Tiny screwdriver found to add the 4 AA batteries and we’re pretty much set for Halloween in the new neighborhood.

If you’re thinking, “So what?” I can explain.

This child is notorious for making decisions about clothes and costumes almost unbearable.

I wince at the thought of taking her shopping.

She’s too… emotional about her decisions.

Try to be patient.

Bring something to read while she tortures herself trying on and price comparing.

So her Halloween costume confidence this year almost rattled me.

It’s a full week and a half until we trick or treat and she’s past decision mode.

The mental weight of not being ready—which we felt very strongly last year when she decided at the last minute to be Luna Lovegood, but no costumes were left that would arrive in time so we had to make our own by buying separate, similar items, including DIYing the glasses as a craft project—isn’t there this year.

Will it be her favorite costume ever?

Will it last the night without ripping?

Will she bring home a substantial candy loot?

But why should a newsletter creator care about this story?

The lesson, as I see it, is that sometimes you have an idea and you just need to launch.

Maybe that’s the newsletter you’ve been mulling over.

Maybe that’s a new section of your newsletter.

Maybe that’s a brand new revenue stream you want to go after.

I’ve worked with several people in pre-launch mode recently whose ideas for what they want their newsletter to be change daily.

My advice: pick an idea and soft launch it to your existing audience.

If you don’t try something, you’re not really going to know what you’d change or do differently.

Your audience will tell you what they think in responses, clicks, and staying subscribed.

So go order a silly inflatable costume and try walking around in it, metaphorically—or literally, if you’d like. Wave your arms around and see what kind of attention you get.

This issue brings you stories from creators who are sharing their journeys, a few ideas to use in your marketing to achieve growth, and an explanation of why you might want to start using creator coins. 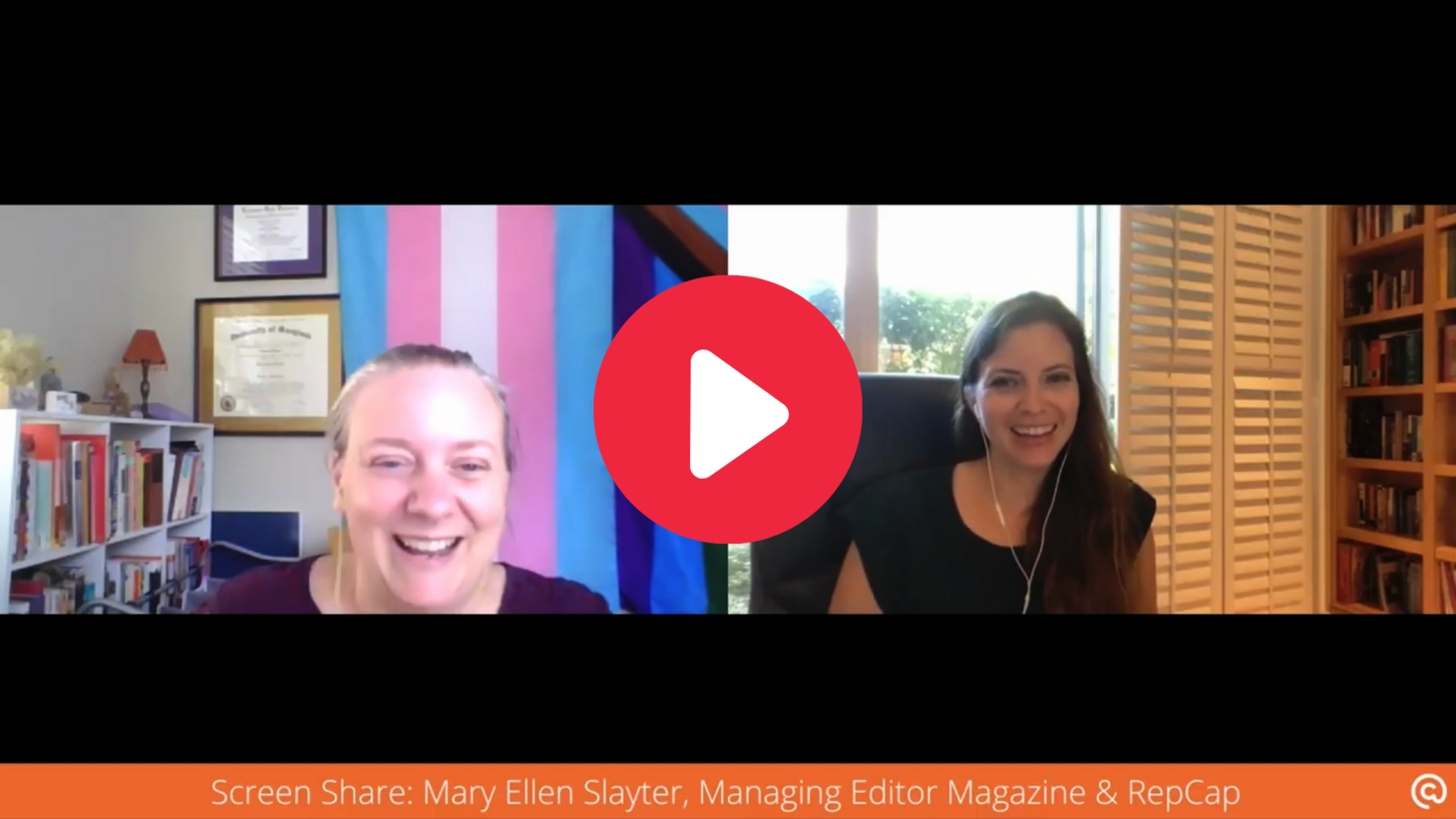 In this super short clip, Mary Ellen Slayter from Managing Editor Magazine and Repcap describes how important curation is in the editing process.

Are you taking time to decide what’s most valuable to your audience and cutting everything else?

Newsletter Insights From A Solopreneur

In this issue of The Rebooting, Brian Morrissey, a solopreneur who left Digiday to go it alone, offers reflections on a year of newsletter publishing, including:

“I decided to focus the business model in the first stage of The Rebooting around sponsorship and consulting. This will enable free access, removing friction from building the audience and expanding the product set. Down the road, late next year or in early 2023, I can see developing a membership component.”

In this great interview by Seth King, Mario Gabriele breaks down his newsletter journey creating The Generalist.

Could These Ideas Boost Your Newsletter Growth?

In Lenny’s Newsletter, guest author and creator of the First 1000 newsletter, Ali Abouelatta, offers 60 ideas for newsletter growth (and examples) including:

Is Performance Advertising Worth It?

It might be time to audit your ad spend. Rand Fishkin answers the question we’re all asking:

Do the benefits of performance advertising justify the costs or is it a scam?

In this Sparktoro article, he looks at why ads work, their benefits, and the case for turning them off.

“Herein lies the scam. I’m not saying ‘no one buys because of a retargeting/display/branded search ad.’ I’m saying, ‘somewhere between 60-99% of the people exposed to those ads would have purchased anyway.’”

He explains what he means in detail (including that 60-99% estimate) in the article.

Related: This Springboard article looks at how comfortable generations are with how their data is used and offers insights into the latest data-privacy legislation. Discovered via Social Media Today.

Also Related: A digital shift is in the works and the IAB US is offering advice to marketers in this article on The Drum by John Glenday

Kind of Related: Deep dive into all things Mail Privacy Protection and the evolution of email marketing in this Emfluence article by David Cacioppo. Discovered via Really Good Emails.

A Step-By-Step Process To Create A Thought Leadership Strategy

Want to be a market leader? Maybe you should try a thought leadership strategy. This Managing Editor article by Clare Chiappetta offers these steps to get it done:

What is the secret to increasing subscriptions? This week’s publishing insights provide some answers.

Tired of traditional business models? So was Joe Pulizzi. In 2021, he launched The Tilt with the community token in the center of his model. But, what are community tokens?

“Linked to a company, organization, or person, tokens can enable holders to get perks from the issuer.”

That’s great, but how does that translate to income for newsletter creators?

“If value is created and a community begins to adopt the token, the price of the token may go up (supply and demand).”

These tokens can then be converted to cash. Learn more about it from Joe here.

Tip: Make Your Archives Easy To Browse And Search (+ Treat Opt In Weekly Like An Idea Repository!)

Last week, a friend posed a question about a topic I try to follow: ungated marketing content vs publisher paywalls. While I had an initial response (they’re different beasts to tackle), I’ve curated 6 articles concerning gating in this newsletter. I used the publication site search function to revisit those articles (and my commentary) to share one article with him.

I asked Seth to create a GIF showing how that works in case you want try it in your own newsletter. Or maybe you want to test it out to see what I’ve published in the past about topics like deliverability, Gmail clipping, and getting listed in newsletter directories.

Curated users who have publication sites enabled (issues can be published to the Curated.co domain or a custom domain) can show archives and allow search by going to Settings > Hosting, Subscriptions, and Publishing > Web.

ICYMI: You can always check our Curated Public Product Roadmap to catch up on recent releases and find out what’s up next.

Don’t want to click through? Our recent bigger releases include Paid Subscriptions (0% commission!) and a Free Tier.

The next session of Curated Crash Course is today at 4 PM Central.

The first 30 minutes is dedicated to Curated 101, which covers what you need to have set up to send your first issue in Curated. The next 30 minutes is your opportunity to ask any questions you have about Curated or newsletters.

Come and go as you please.

Register once here, and you'll be registered for each session we have in the future.

Josh Spector of For the Interested put together a list of helpful newsletters for creators. This week, your Opt In Challenge is to subscribe to 3 for inspiration and advice.

A few you should consider: