On Saturday, my brother and I took our children fishing.

Four cousins enjoyed a Mississippi summer afternoon casting off the edge of the lake and reeling in small bream.

There was a hectic time period when my brother and I were constantly baiting hooks with worms and releasing fish back into the water.

But that moment had to be earned.

At first, everyone had to be set up.

Imagine the anxiety of 4 children walking around with hooks and not really listening to us coaching them to stand far apart.

Then, everyone had to be patient.

One gave up for a bit.

It was hot and the fish weren’t biting.

Then, we had to tweak some settings.

My oldest had a lure she’d bought a year ago, but the fish seemed to prefer live worms, so we changed that.

Then, when we found a few hot spots and the bream started biting, the giver-upper decided to be a joiner-inner. So we set her back up again.

She ended up catching more than anyone.

There was a bit of jealousy.

Why, after sitting things out, had she been able to outfish them all?

It was the size of her hook.

Turns out that was the optimal setting.

There was a time period when every single time she cast her rod she caught a fish.

What can we learn from this and apply to our email newsletters?

You don’t catch fish (readers) sitting on the sidelines.

You’re going to have to test and tweak your approach.

Sometimes a smaller hook (think niche) can be the reason you capture attention.

This issue is an exciting one for me.

We’re announcing the release of Paid Newsletters for Curated here first. Scroll down to Curated News if you’re interested in making 100% commission on paid subscriptions. We’re not taking a cent.

There are also some inspirational stories, expert advice, and a few new approaches you might want to consider. 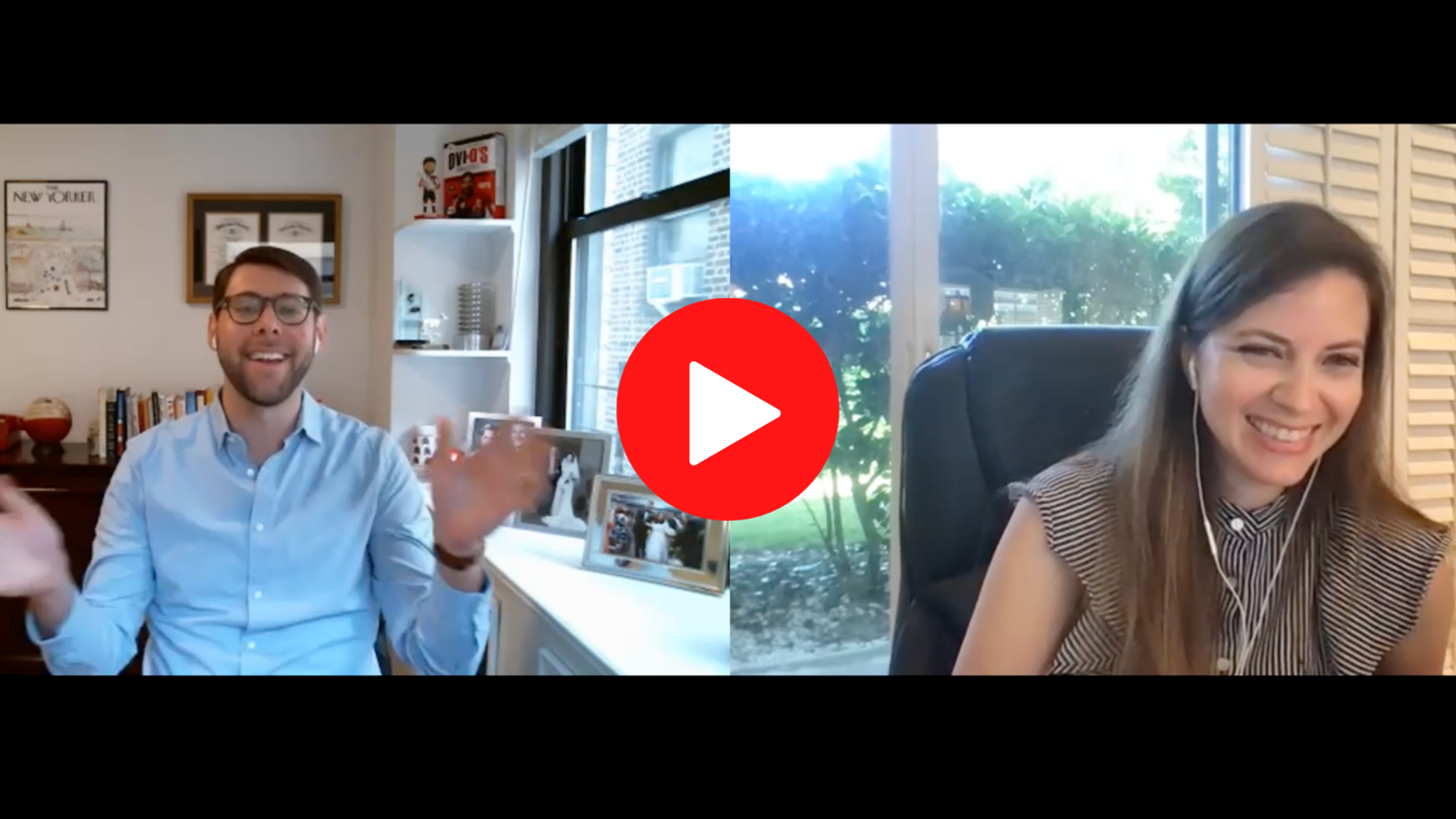 Does Gen Z Care About Email?

Dan Oshinsky says yes, but they have really high expectations, so don’t send them junk.

In this super short clip from the Q&A part of his Newsletter Fest 2021 session 4 Newsletter Business Models, Dan discusses the under-30/Gen Z approach to email content.

Candice Fortman, host of News Guest, and Luke discuss how he was able to build his audience from scratch using creative growth tactics like:

You Don’t Have To Monetize Your Newsletter

Have you noticed the obsession with people asking how you’re monetizing your newsletter lately?

Newsflash: It’s actually completely ok not to have an income-producing newsletter.

Dan Oshinsky (yes, the same one from the Screen Share video above) took a moment to remind the newsletter writers of LinkedIn about that in this post.

“You’ll find that your newsletter — or any side project — can be hugely successful, even if it doesn’t make a single dollar.”

He suggested that we non-monetizers set goals, such as personal, professional, leadership, and learning goals, to measure the success of our newsletter efforts.

For instance, a freelance writer might launch a newsletter to showcase your talent and attract clients. Or someone with a passion for cooking might start a newsletter that journals their adventures in the kitchen.

Not every newsletter needs a paid subscriber base or sponsorships. It’s still completely ok to do a thing for the fun of doing it, or to build an audience that you might be able to sell something to one day.

Psst! Dan’s new not an issue of Not a Newsletter came out yesterday. There’s a ton of useful info in it for you, as always.

Pssssssst! If you do want to earn cash from paid subscriptions, Curated is now supporting that in addition to the sponsorship tools we’ve offered for years. See Curated News below.

Are You Treating All Your Marketing Segments The Same?

Do you know what’s annoying? Treating every segment of your audience as if they want the same thing at the same time.

You know the whole “put yourself in their shoes” thing?

Joe Sullivan calls us to apply that to marketing in this post.

He explains why treating ebook downloaders and email subscribers the same is not only wrong, it’s detrimental to accomplishing your sales goals.

Think about expectation and intent, then act accordingly.

This is about to get a little meta:

I’m sharing an article about curation in a newsletter about newsletters for a brand that supports curated newsletters.

We all know information overload is a problem. There are seemingly infinite amounts of content (picture: drinking water from a fire hose), and the social algorithms that filter it for us prioritize new content over really good content.

In this article, The Future is Creation via Curation, Kazuki Nakayashiki proposes that the emerging curator economy (one in which those who share genuinely informative content get paid to do so) will grow to sift through the saturation.

“Proper content creation is about understanding the limited amount of time other people have to consume content.

The best content creators absorb huge amounts of information for us and render the best of it down into genuinely interesting and entertaining highlights that communicate both the original content and their take on it.

While it’s a lot more work than simply clicking the share button, it’s also a far more valuable service. Content curation cuts through that overwhelming flood of content, rather than contributing to it.”

Nakayashiki proposes a future in which quality curation yields knowledge management and community growth. It’s very much aligned with the idea of worldbuilding.

To the curators in the crowd, do you add your take? Or do you drop a link and let the reader take it from there?

It’s an attempt to wean off reliance on social media platforms and news aggregators to stay top of mind and relevant to readers.

“You can hope they continue to find your content on Facebook or you hope they find it in Google News or all those other aggregators who are taking our stuff. … The app allows you to have a firsthand relationship … without having to go through third parties.”

One of the most compelling app features is the ability to break news via push notification.

The catch? They’ve got to get people to download first.

Click through to read insights from publishers who’ve launched them and learned a thing or two through the process.

Why You Should Publish “Useful Knowledge”

Truth is people are sick of the news unless it also provides a solution (oh, and the problem, implementation, results, and insights) .

Faisal Kalim breaks down why we must produce useful knowledge if we want engagement and ultimately paid subscriptions.

Does your newsletter deliver “useful knowledge”?

Related: Zombies belong in the theater, not your subscriber list. If your readers visit infrequently and never engage, check out how media outlets can avoid ‘zombie’ readers. Discovered via Editor and Publisher

The Wall Street Journal, The New York Times, and Rolling Stone are all getting in the game (even partnering with online education platforms) and seeing payoffs in terms of higher reader engagement.

“The Fitness Challenge had ‘one of the highest open and click-through rates we’ve seen for a WSJ newsletter,’ driving readers to the Journal’s website,’ said Ebony Reed, The Wall Street Journal’s new audiences chief, in an emailed statement.”

I’m suddenly tempted to create a course about courses.

Discovered via The Media Roundup

Related: Is focusing on courses really a good idea for publishers? This article breaks down what you’d need to do to get it right.

NFT’s (non-fungible tokens) are like the trading cards of the digital world. Someone can create something digitally (gifs, articles, etc.), and sell them as NFTs.

Media companies have made some money this way selling cover art and such, but, for the first time, a newsletter creator proved the concept that NFTs could support a small media company.

Instead of the standard paid subscription approach, NFT buyers were given tokens that gave them access to exclusive membership content.

Discovered via Editor and Publisher

Lenny Rachitsky walks David Perrell (and viewers) through his newsletter growth story in this video.

Lenny writes a weekly newsletter about product and growth. He angel invests, advises, and was previously the Growth PM at Airbnb.

Note, I discovered the slide deck for this video via Publisher Weekly, but tracked down the YouTube version so you can hear Lenny present. 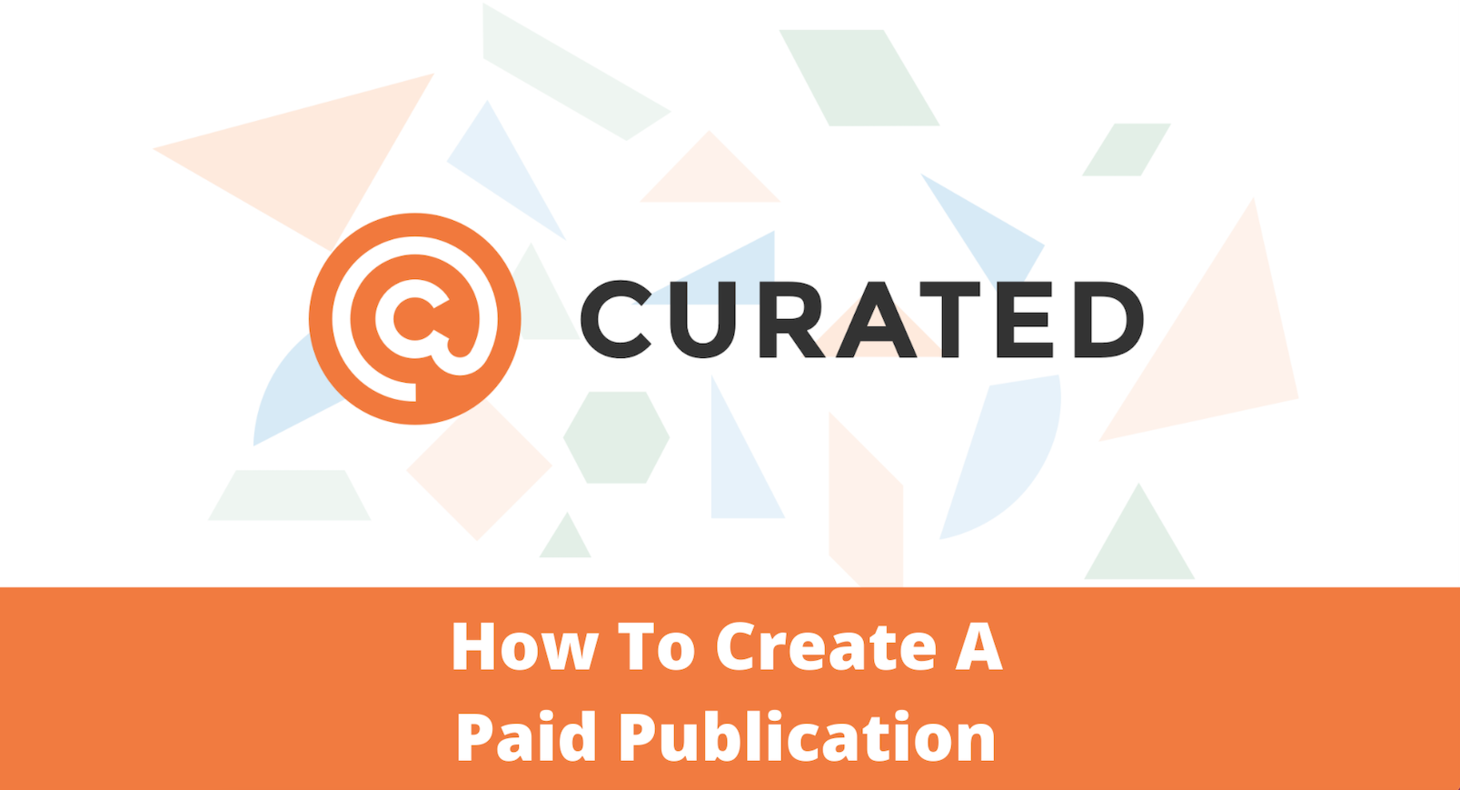 This is a day I’ve been anticipating. Can you feel the excitement?

Caitlin and the product team just released features that support setting up paid subscriptions in Curated so you can now offer people a paid tier of your existing Curated newsletter or launch a new newsletter with a paid tier.

The big news? It’s included in our pricing, so we’re not taking a commission. It’s your Stripe account, not ours.

We feel strongly that if you are running a successful paid newsletter, you deserve to keep as much revenue as possible.

We’d love your feedback on how the paid settings work for you. Please help us kick the tires and send your questions and thoughts to support [at] curated.co.

You’ll find the new Paid Subscriptions on the Settings page under Hosting, Subscriptions, and Publishing. Start by connecting your Stripe account.

This tutorial video from Seth will walk you through the set up process.

Don’t forget to pair this with our new private newsletter features.

Note: Full help documentation is in the works, but if you need help or are migrating from another provider, don’t hesitate to reach out to support [at] curated.co. We’ll do as much as we can for you.

ICYMI: We now have a Curated Public Product Roadmap! Check out our recent releases and what’s up next.

The legendary Russ Henneberry and I are leading a newsletter content strategy live training session this Friday, June 18.

It’s not just another webinar.

It’s a 4-hour mastermind session to take you through the steps of strategizing your newsletter—from picking a name and domain, to the content you’ll deliver, to conducting a soft launch and iterating.

We’re going to take Q&A throughout and keep it really actionable.

I love a good checklist. This week’s challenge is to check to see if you want to implement any of the 9 free mini-lessons from Josh Spector’s Newsletter Accelerator Course.

These stood out to me:

Let me know which ones you use and the results you achieve.