Let’s think through the concept of the king cake baby.

Every year, the Feast of Epiphany (King’s Day, as in the 3 Kings of the Christian Christmas story) kicks off Mardis Gras season.

Also known as party hard until you can’t party (Lent).

Fat Tuesday (Mardis Gras) is the last hurrah before Ash Wednesday, when you give up vices until Easter.

And a plastic baby hidden inside.

Which someone will find (hopefully without choking) and announce, “I got the baby!”

It’s like a relay of passing the buck to the next host for a month or so.

Beyond the Christian undertones of this revealed messiah embedded in deliciousness, there’s the idea that even though it will mean incurring a fee and buying the next cake, you really want that baby.

My husband brought one home from his recent trip to Louisiana and we spent three days slicing a tasty king cake without finding the baby until one last, unclaimed slice remained.

“What are the odds?” we thought.

And we questioned whether the bakery might have forgotten to include it.

Our youngest was determined. She could eat one more slice to put the matter to rest.

And she was rewarded.

Pure joy over discovering a thing she knew should be there.

Over the bakery delivering what it promised.

Icing across her face and a plastic baby in her fingers, she giggled, reassured that the king cake's intended destiny (that baby finding experience) had been fulfilled.

Is your newsletter based on a promise that you deliver in each issue?

Is the content in it, and its discovery, creating king cake baby moments?

And doing it so well that your reader opens each next issue expecting to be delighted?

Today’s issue has what I hope you consider multiple deliveries.

I’ve rounded up some inspiration I hope you can put to use in your newsletter strategy.

Also, I encourage you to reply and let me know which, if any, hit the mark and inspire your next confection. 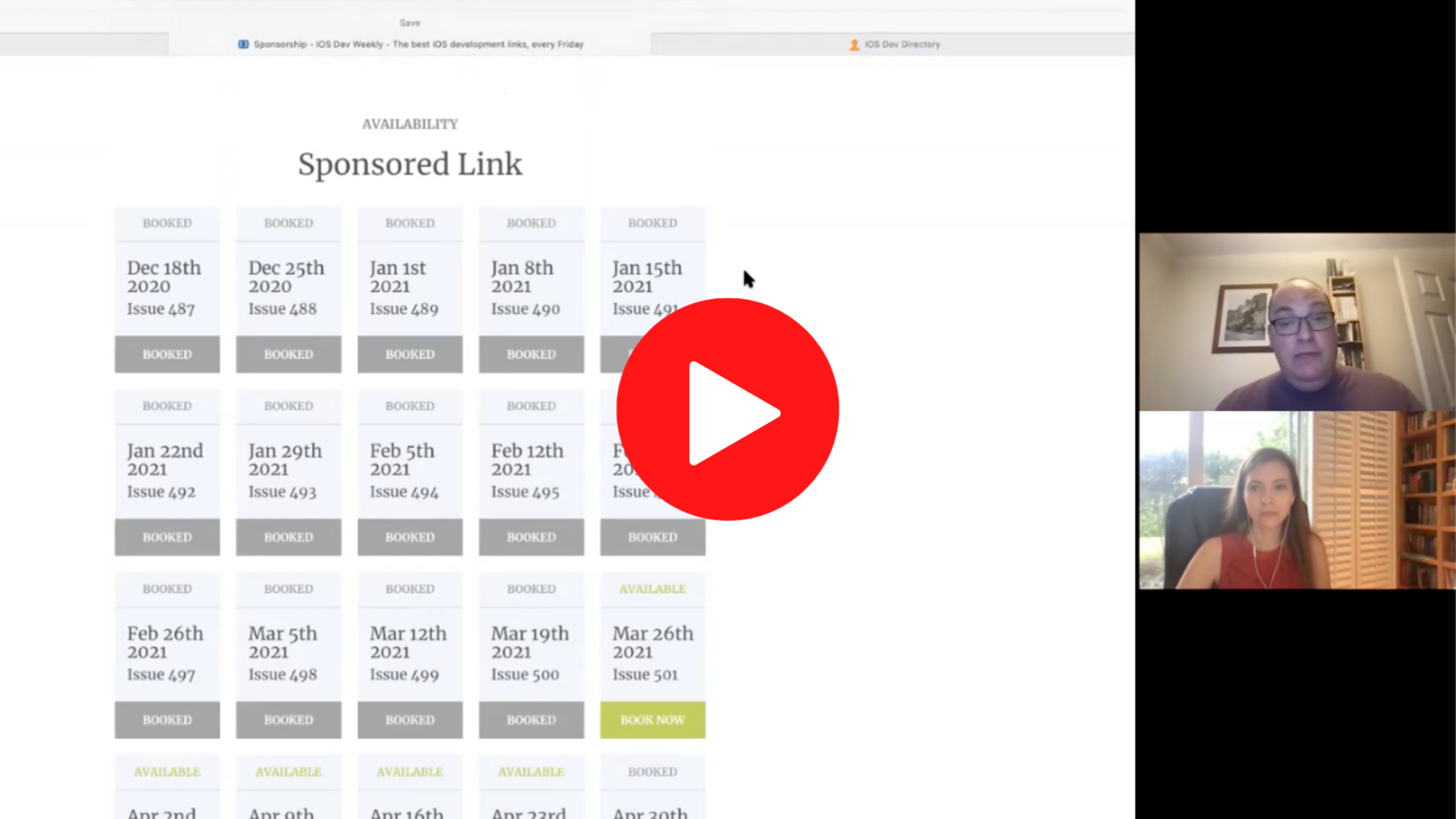 Sometimes The Click Is The Punchline: An Interview With Dave Verwer of iOS Dev Weekly

In this interview, I talk to Dave Verwer of the iOS Dev Weekly newsletter which goes out to 46,000+ people weekly.

He’s now nearing his 500th issue. But back when Dave began, he developed tools to support his newsletter workflow and eventually decided to turn them into a solution others could use, too.

This series typically steers clear of promoting our software (I interview more people not using it than those who do), but this conversation gives a unique optic on the process of a veteran newsletter creator.

We discussed some intriguing topics, including his stance on sponsorships (build an audience first) and how he’s made decisions along the journey. It’s one part founder interview (like how he designed the product to avoid Gmail clipping) and another part newsletter strategy chat (how he finds links to include, what he writes about them, audience growth, monetization, and more).

In her 78th issue of Total Annarchy, Ann Handley shares what she’s learned about the art of sending.

Three years ago, I also realized a fundamental truth:

The most important part of the newsletter is the letter, not the news.”

Along with her always lovely-to-read narrative introduction, she provides a list of 7 lessons. They’re worth reading and bookmarking, namely number 5:

“An email newsletter is not a distribution strategy, it’s a relationship-builder.”

Related: Check out this story, which is further proof that tech is less important than your newsletter’s ability to connect writer and readers.

Tips on Using Videos in Your Newsletters

In this article, Victor Blasco explains the benefits of adding videos to marketing emails. I think, though, that many of his insights apply to newsletters of every genre: marketing, editorial, or other.

And I speak from experience. The most popular category (defined here as category that receives the most clicks) in this newsletter is Screen Share. So if you’re game to deepen relationships and prompt engagement (create king cake baby moments, if I may), put something powerful behind those play buttons.

The juiciest bit of Victor’s advice comes in his 3 golden rules of adding videos in emails, the first of which is the ironic twist that you shouldn't actually embed them.

“...you’ll notice that most of them rather use a thumbnail linked to the video hosted online. This is because many email clients often don’t support the technical requirements needed to play a video right inside the email.

But if you think this is a limitation, then turn that frown upside down. Think about it: instead of making your audience watch a video within the email itself, you can direct them to a landing page where they can watch the video and visit your online store next (or any other specific action).”

He also offers some tips about thumbnail sizes and what sort of text should accompany your videos.

Related: Check out this Guide to Collecting Feedback for your Newsletter from The Newsletter Crew.

Do You Use One Of These Brand Narratives? Should You?

B2B marketing advisor Leila Nazari provides a look at 6 of the most common story narratives unicorn brand tech marketers use today and gives an example each.

They’re great to reference as a starting point, but I’d urge us to consider that if they are considered common at this point that without the proper tweaking you might end up blending in if you adopt one of these narratives.

I think we’d all do well to start here but to consider a combination of brand point of view and new category creation narrative design for our products if we want to stand out.

Camille Trent of MarketerHire and I are having an ongoing discussion (a brandversation, if you will) about this on LinkedIn if you want to join us.

This short and sweet round up includes some expected (and some refreshing) trends to watch for this year. My favorite?

“Social media has been a core part of business for more than a decade. Long gone are the days where ‘playing on that Facebook thing’ was only supposed to happen on lunch breaks. In the age of coronavirus, social media has become more important than ever to business survival and success.

I have an additional take on that for marketing teams: curating content for your marketing newsletter covering your target audience’s industry should also be part of everyone’s job. 😉

Related: Find out What to Do When Your Facebook Ads Fail.

Is The Email Newsletter The New MVP of Media?

In this issue of his newsletter Medialyte, Business Insider reporter Mark Stenberg addresses the idea of editorial newsletters as the new MVP (Minimum Viable Product OR Most Valuable Piece of writing, if you subscribe to his theory) of a media launch.

Mark makes the case for starting with a newsletter as the the lowest-cost way of determining whether someone would pay to subscribe to a publication.

“Rather than having to dazzle potential readers with a website full of material, you are evaluated only by the strength of your last newsletter. This makes it a substantially easier row to hoe solo.

And while a sign-up for a free newsletter is not as compelling as a sign-up for a paid newsletter, it means more than a page view. Subscribing to a newsletter is a pretty strong indication of interest, at least compared to landing on a page, skimming it, and then jumping off. If you show an investor that you convinced several thousand people to sign up to read your material week in and week out, that’s pretty strong evidence of a market interest for your product.”

Read about how Candace Mitchell, director of subscription strategy, and Elyse Toribio, audience and community engagement specialist, worked together to shift their team’s focus from which pages had the most views to which content triggered subscriptions and subscriber page views.

According to Ray Schultz’s recap of The State of Email Newsletters: 2021 And Beyond, a study by the What If Media Group, people don’t want to pay for newsletter subscriptions.

A staggering 84.1% of consumers are unwilling to pay for newsletters, even if the content is the kind they like the most.

The time spent by the average global citizen rose 2.8% to 53 hours weekly, according to the new forecast.

But given a corresponding erosion in ad spending, coupled with greater adoption of subscription streaming services and other media during 2020, the share of time spent with ad-supported media fell to 44.8% in the U.S. and to 65.8% worldwide—both of which are historic lows since PQ Media has been tracking it. 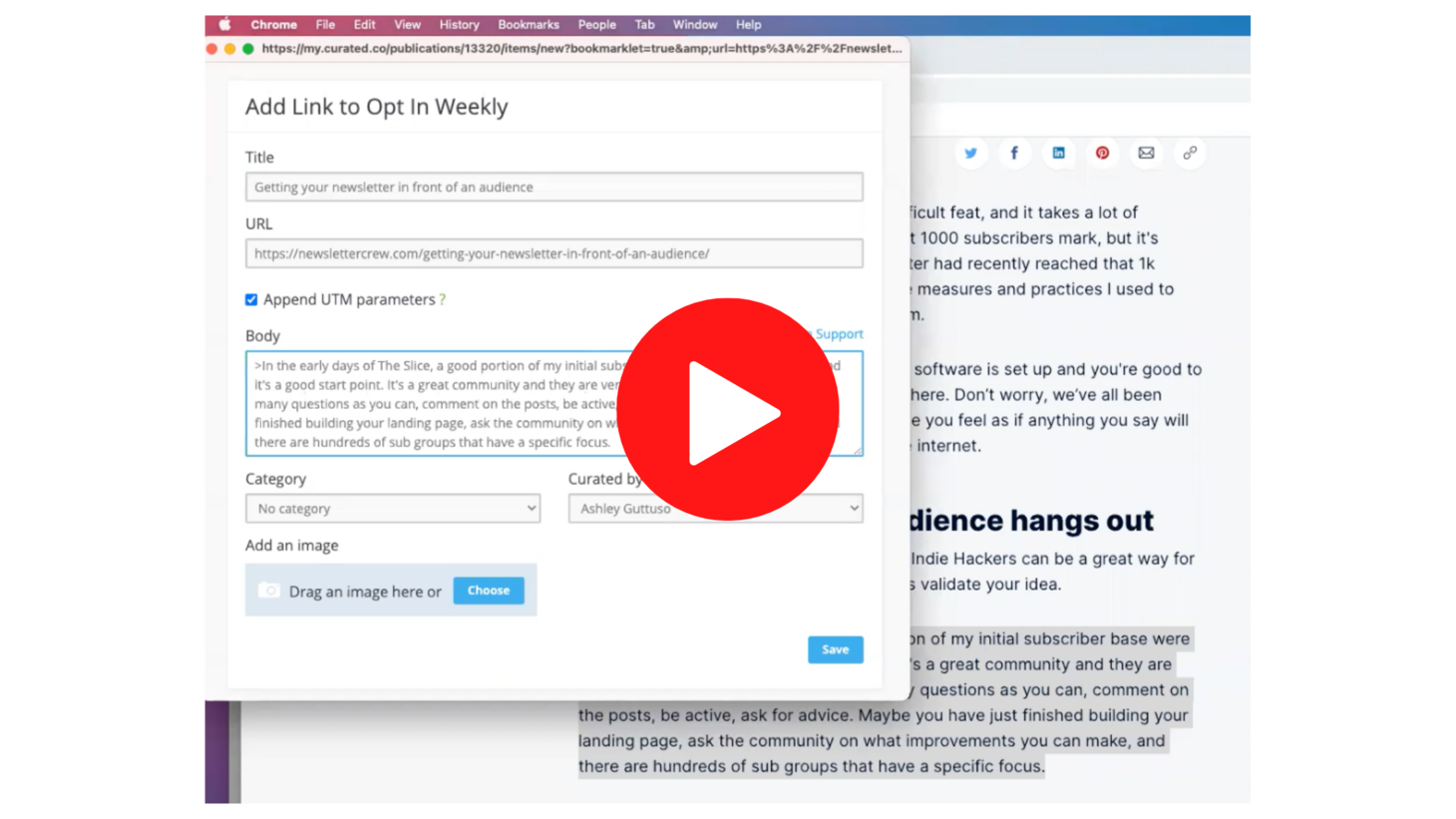 New To Me: Highlighted Text Is Imported When You Collect Links

Hey, Curated user. You may already know this, but if you’re like me, you MAY NOT, and if you don’t, allow me to blow your mind:

When you are collecting a link using the Chrome extension or the Curated Bookmarklet, if you highlight copy before you collect it, that copy will automatically appear in the body text field.

Why is that fantastic? It means I can bring in the text I know I want to quote or use as a commentary prompt, especially when I collect a link but don’t have time to write the commentary right that moment (which is 100% of the time, for me).

I hope some of you find this helpful. We’re going to add it to the help content. You can also watch this video of me demonstrating this (sort of hidden) feature.

Are Spam Trigger Words A Thing Of The Past?

Magan Le’s article on the Litmus blog says that spam trigger words are now mostly a thing of the past. She then dives into what actually impacts deliverability and the steps you can take to improve yours.

Your Opt In Challenge this week is to review her article and Ryan Sager’s tips (video below), which explains how a GMass tool can help you through the testing process. 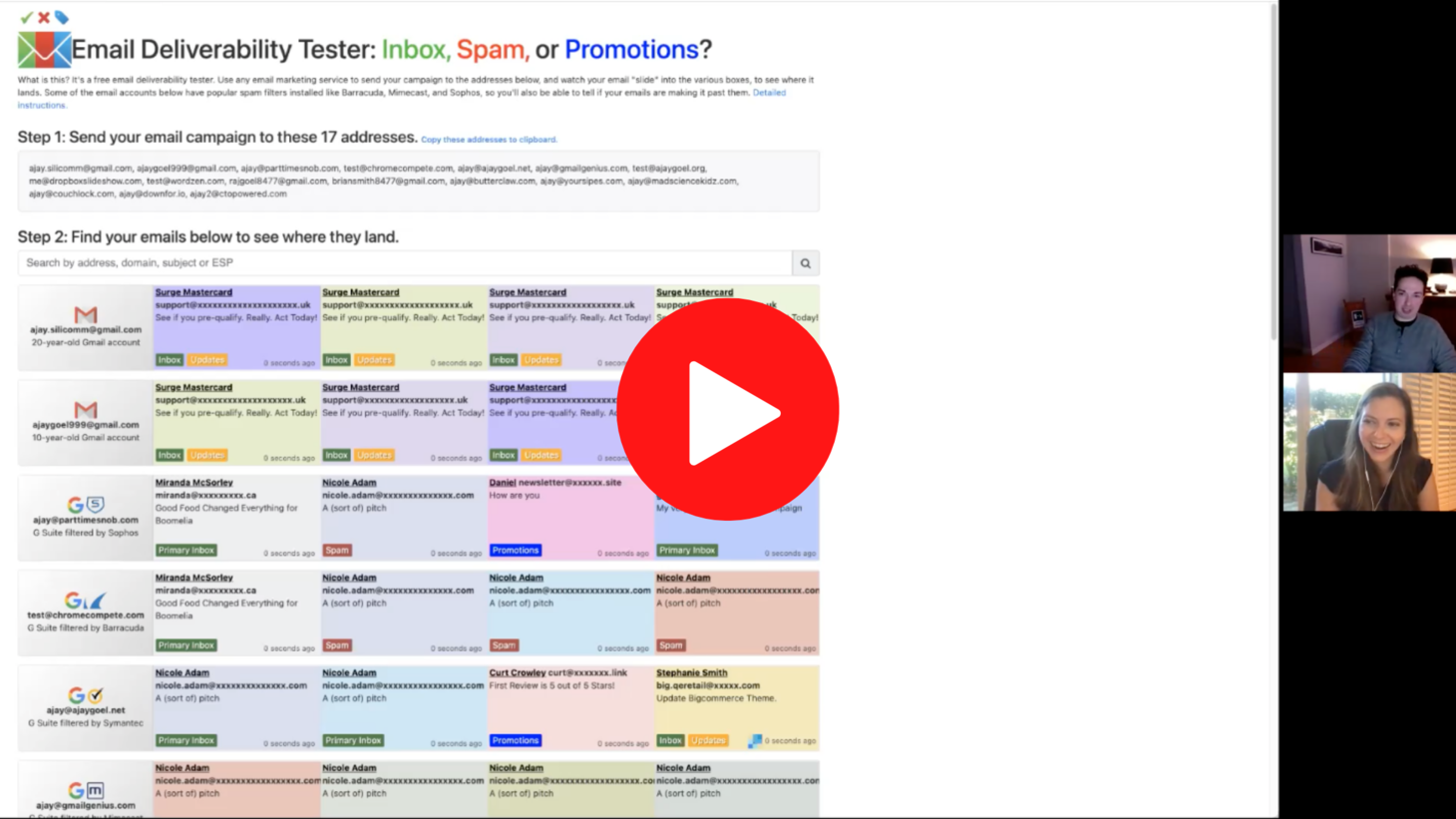 This 1-minute segment from Ryan Sager’s Screen Share interview shows how this GMass tool can be used to learn where your emails are likely to land.